Skip to content
20 Unique Baby Names For Girls And Boys 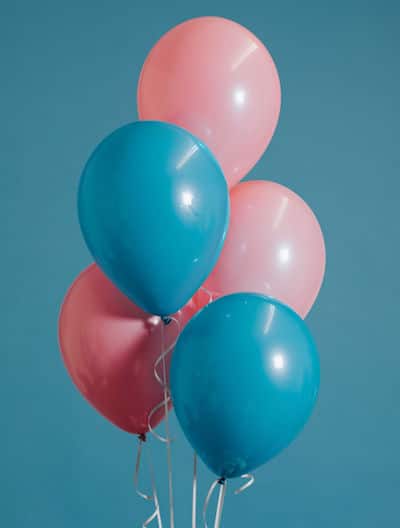 While traditional names will always be favorites for parents naming a new baby, today’s parents are searching for names that will help their child stand apart from his or her peers.

Some will do that by coming up with a new spelling of an old name. Others will try to invent an entirely new name that hasn’t been used before.

All of these options are designed to mark children as individuals, and to set the stage for them to forge their own way in life, and to create their own voice in the world.

But coming up with the perfect name can be a chore. To help you tackle the task, we’ve come up with 10 names each for girls and boys that are both cute and unique.

The name Paisley hails from the largest town in the historic county of Renfrewshire in the west central lowlands of Scotland. It means “church.” Paisley design in fabric is a swirling, arabesque design with fancy teardrop shapes. To name a baby girl Paisley means that she is beautiful and spiritual.

Temperance is an English name that originated from the Puritans after the Reformation. It means moderation and self-control. Temperance is also the name of a character in the popular television show, “Bones.” Her character portrays someone who is brilliant, but socially weak, due to a traumatic childhood. It’s a cute and unique name because all little girls should strive for brilliance and self-control.

Lady Arabella Stuart was cousin of King James VI of Scotland. It’s a Latin name that was derived from the word, “orabilis” which means “yielding to prayer”. Other meanings are beautiful, loving, loveable, and graceful. The name Arabella floats off your tongue as gracefully as its meaning.

This name became popular after the musician, Sonny Sandoval from the rock group, P.O.D., named his daughter Neveah, which is heaven spelled backwards. It’s a special name because little girls are truly a gift from heaven.

The name Lindylyn doesn’t have a meaning in its own right. It’s a quirky combination of Lindy and Lynn. Linda was originally a masculine name that came to America in 1927 when the Lindy Hop dance craze came on the scene. The Lindy Hop was a jazzy dance in the 1920’s that was named after aviator, Charles Lindbergh, after he “hopped the Atlantic.” Lindylyn is a spunky, happy name for a little girl with a lot of spark.

Landry is an Anglo-Saxon name that means ruler. Landry is an inspirational girl who delegates the details to others. Landry is a fitting name for a little girl that is as much of a dreamer as she is a doer.

Lovena is pronounced like love with an “a” on the end. It’s a variation of the English name, Luvena. The first thing that comes to mind when you first see your little girl is love. Pure and simple, love. You’ll think of her in a loving way every time you call her name.

When you’re looking for a name that is really unique, sometimes it helps to combine two existing popular names. Ava and Ariana are lovely in their own right. Combine them and get the even lovelier name of Aviana. If it sounds Italian, it’s because it reminds us of the Italian city, Aviano.

Mary is a classic, timeless name that spans the generations. Derived from the Latin name, Maria, the English use the name Mary. Mary is best known as the mother of Jesus. It means “love,” “beloved,” or “wished for a child.” Merrian is the contemporary version of the ageless name of Mary. A daughter named Merrian is certainly beloved.

Baby boy names in 2019 take us to the European nations with roots in Germany, Scotland, Ireland, France, and Scandinavia. Many of these names are unique in 2019, but would have been common in ages past. 2019 baby boy names have meanings that reflect a strong sense of honor, valor, and protection along with a dose of personal pride.

Corbin is derived from the French word “corbeau” which means “raven.” A son named Corbin will have raven black hair and be as debonnairing as actor, Corbin Bernsen.

The name Carter is of Irish, Scottish, and English descent. It’s an occupational name that means, “one who transports goods by car or wagon.” A boy named Carter is strong and has a fantastic work ethic.

Kipling is an English surname that means “Cybbel’s cottage.” Cybbel is an old English Village. Kipling is the surname of the British novelist, Rudyard Kipling, who wrote “The Jungle Book” and other works of fiction. Sons named Kipling are creative and have a love of family.

Gerald is a German name that is a compound of ger and waltan. Ger means spear and waltan means rule. When adding Fitz to Gerald, you have an Old Norman and Old Frensh name that means “son of Gerald.” To make it truly unique, try spelling the name with two words as a first name, Fitz Gerald.

It’s no surprise that Forest is an occupational name from France that means “woodsman” or “woods.” It’s a unique baby boy name that makes us think of strength and sustainability.

MacArthur is a Scottish Gaelic name that means “son of Arthur.” It’s a name that is reminiscent of medieval lords and ladies.

From the County Mayo in Ireland, Costello is a name that came from an Anglo-Norman Knight called Jocelyn de Angulo. A son named Costello is worthy of leadership, valor, and honor.

The name Leman has English origins and means “from the valley.” It’s a baby boy name that is unique and classic at the same time.

Calloway sounds like a contemporary name, but it is actually rooted in old Norman France from a place called Caillouet-Orgeville, in the province of Eure. It means “pebbles” or “stones.” Calloway is a boy name speaks to adventure and fearlessness.

Axel is a Scandanavian form of the biblical name, Absalom. Absalom was a son of the King of David and is the name of the main character in the novel “Absalom, Absalom,” by William Faulkner. It’s a heavy metal name that is spelled a bit differently than Axel Rose from Guns N’ Roses.